A chronological review of our treks across this great nation

We travel mostly by car, but there have been a couple of Alaska cruises and about ten Amtrak journeys across the country (mostly to Seattle). National Parks or Monuments are our most common destinations. TS condos are our favored accommodations. Our many camping trips across Minnesota with the family are not included in this description. Most of the continental US has been visited/or traversed,  with only Delaware and NJ escaping our travels so far. Mountains rate highest on our list of favorite places. Canyons, waterfalls and wildlife all deserve a second look and a photo.  Minnesota’s North Shore is a close second to any other place we rate highly, however. Our zest for traveling has increased with age, but the exploring/hiking has diminished markedly.

Our destination trips began during the 1960’s with a Christmas visit(’62) to Washington D.C. while Jean and Fritz were residing in Alexandria, VA. Mom and Dad, and Marilyn Kay joined us in our 62 Bonneville for some sightseeing in the Capitol. Fritz was our personal tour guide.

November of 1964 was our first visit to Florida. Marilyn’s folks joined us for a quick tour of alligator territory and a stop in Huntsville, Alabama to visit her Uncle Herb. This blog is being limited to one or two pics per location traveled. You may branch to other pics and galleries by entering the SMUGMUG application (CLICK the pic).

Kansas City was the destination for a hot July BHS convention trip in 1974. Our mini-motor home was inaugurated with a 6,700 mile tour of the western USA in September of 1974. Brian (9), Brad (8), Brett (1) and Leonard and Olive got to visit about nine states and seven National Parks in 23 days with us. San Francisco and Los  Angeles even got a brief tour. LaVonne’s family lived in Blythe, California so we stopped for a short visit on our way to the Grand Canyon.

Our San Francisco tour was brief, varied and exciting with street cars, waterfront and the Golden Gate bridge all included.

San Francisco famously boasts some of the steepest streets in the country. Whether you’re walking or driving, the varying gradient of the road is sure to catch your attention and give your heart rate a healthy boost. Lombard Street is one of the most unique of the vertically endowed roads and is a great stop to add to any itinerary.

In the summer of 1977 we had our first tour of the Smokey Mts on the way to Athens, Georgia courtesy of Marilyn’s national meeting of Veterinary School Administrators. Again we had a full load in our motorhome.

During July of 1979 we headed for Toronto with Brad, Leonard and Olive for a NAVCA meeting.

A Honeywell User’s Group meeting took Brian and us to New Orleans for a visit to Bourban Street in 1980.

Knoxville, Tennessee was our destination for a NAVCA meeting in 1980. Brett was the lucky passenger that year. Marilyn hates flying so we combined business with pleasure quite often.

NAVCA was held at Mississippi State in 1982 and the kids were not along. In 1983 the meeting was held in Stillwater, OK and we were there.
Brett and I visited the BWCA in 1986 and 1987 for some wilderness canoeing with Jerry and Dirk Larson.

In the fall of 1988, Brett and Krista traveled with us to Colorado (RMNP) while Marilyn attended the NAVCA in Ft Collins. Hiking the park was exhilarating.

Brett and I rafted  the Grand Canyon in June of 1990 with Jerry and Dirk Larson. A truly trip of a lifetime down 289 miles of the Colorado River through the Canyon. Rapids every few miles kept everyone interested and alert.

Amtrak took Krista and us to Spokane for the 1991 NAVCA and a tour of Glacier NP.

In 1992 the NAVCA was in Baton Rouge, LA and Krista toured the bayous with me.
Kansas State hosted the NAVCA in 1993 and we included Branson on our tour with Krista.

Prince Edward Island was the site of the 1994 NAVCA meeting in Charlottetown. Krista and Olive toured with us that year.

The spring of 1995 included a vacation to Disneyworld in Orlando with Krista and  Brett. Carolyn and Vanessa joined us there also.

Virginia Tech hosted the NAVCA in the fall of 1995 and I did a few local tours. We stopped in a couple of WVA state parks on the way.

In 1997 we returned to Glacier NP via Hope, Idaho with Krista.

Door Co, WI was our fall destination in 1998 with the Larsons.

Atlanta, GA hosted an IBM users group in 1999 and Olive accompanied us there.

We celebrated 40 years of marriage in 2000 with a BHS cruise to Alaska (Glacier Bay) via Seattle. The Larsons and Settevigs were also on this voyage in May. In the fall we visited Branson with the Larsons.

Glacier Bay NP was the destination of this cruise on the Norwegian Sky.  The Inside Passage was a fun tour we repeated in 2010 on the Island Princess on our way to Anchorage, Alaska.

Newport, Oregon was our fall excursion with the Larsons in 2001.

We began 2002 with a trip to Naples,FL to visit the Bergseths. In the fall we headed for Stowe, VT with the Corbins and to Lutsen, MN with the Heddings later.

Mt Washington is the windiest place in North America and a treacherous drive. Our beautiful day ended up shrouded in fog at the top. Taking the cog railway is a better option.

2003 took us to Key West, FL in early March and Monteal, Quebec in July for the BHS convention with the Bergseths. A side trip to Stowe, VT also took place.

Whale watching on the St Lawrence with the Larsons ended with a week in NH to check out the fall color. Another trip to Branson was taken in late fall.

Jerry and I took time for a little soaring near Stowe, VT on this trip. It was a tight fit, but great fun.  2005 included a July trip to Salt Lake City for the BHS convention and some sightseeing in Utah and Colorado on our return with the Berhgseths.

Next was six weeks in Denmark with Sandy Settevig.

For much more try SMUGMUG

Then it was a week in Colorado with the Larsons in Steamboat. We finished 2005 with a late fall trip to Branson with Dave and Nancy, and a visit with the Corbins.

Branson is always fun, especially with some time at the Corbins in Reeds Spring.


Spring of 2006 was spent with the Carlsons in Pigeon Forge, Tennessee and the Smokey Mts. Fall included a Virginia trip to Massanutten and Shenandoah NP.

No trip to Virginia is complete without a stop at Monticello.


2007 began with a spring trip(with the Settevigs) to Williamsburg, VA, Edisto Beach, SC and Lake Lure, NC with the Corbins. I spent a few days in Albuquerque at the BHS Mid-winter also. Summer included a Crow Duck Lake trip with Jim and some time at Two Harbors. Fall meant another visit to Branson as well. 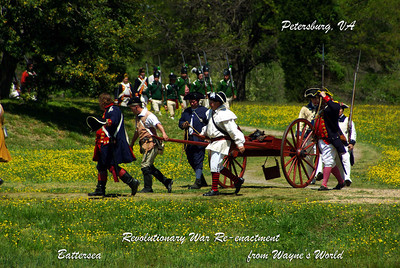 There's a lot of history to see in Virginia and Williamsburg is a great place to start.

Battersea in Petersburg proved to be an interesting addition to our visit also.

2008 started with a BHS Mid-winter in San Antonio and a spring visit via Amtrak to Vancouver Island with the Carlsons. August included a quick trip to the Wisconsin Dells with the family and fall was a major tour of New England with the Heddings.

Vermont has a good taste in the fall.

2009 was initiated with a BHS Mid-winter to Pasadena and a few days in San Diego. Spring took us to Branson with the Settevigs, Heddings and Johnsons for some celebrating. August was WI Dells time and fall included a trip to Itasca with the Heddings.

We partied with the Heddings in Alaska, Idaho, Oregon, Lake of the Ozarks and Breezy Point celebrating our 50th in 2010 multiple times and places.

The spring of 2011 found us back in Branson with the Heddings and then in the Fall there was another excursion to Steamboat, CO with the Corbins.


2012 began with a trip to Door Co with the Heddings in May and an Amtrak ride to Washington to start our travels to Banff in June. In Sep we headed for Wyoming and Yellowstone with the Heddings.

May of 2013 found us in Two Harbors enjoying spring ice. Later in May we headed for St Louis, Lake of the Ozarks and Branson. Tom and I headed for Banff and Jasper in Sep and yet again to Branson in October.

2014 started with a stay at Two Harbors with the Heddings. The fall was our first trip to Sedona, Arizona (via Colorado and Utah) and ended with another visit to Branson and the Corbins.


Marilyn, myself and the Heddings went to New Orleans in January of 2015 for the BHS Mid-winter via Amtrak. We trekked around the city via trolleys.


May 29th found us on the way to Lutsen, MN for a week at Caribou Highlands IN the Lutsen Mts. We had some rain later in the week, but enjoyed Cascade, Temperance, Grand Marais and the Gunflint Trail before the clouds rolled in. The Larsons joined us on Tuesday which made the week even more enjoyable.

Posted by Unknown at 5:23 AM No comments: